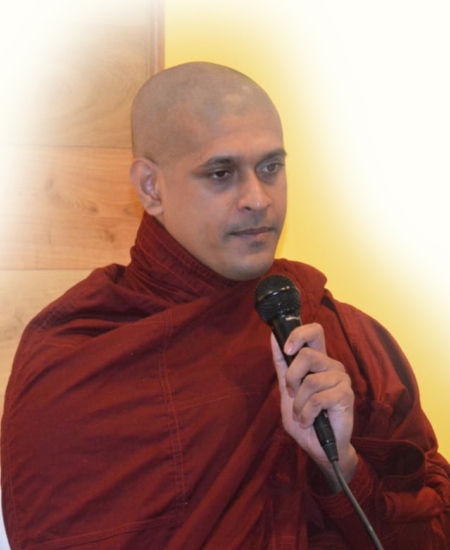 Bhante Pasadika is a senior Buddhist monk and a renowned Meditation teacher hailing from Sri Lanka. He is the Chief Advisor and the Chief Incumbent of Dhamsuwa Meditation Centre in Melbourne Australia. He represents the Sri Lankan Forest Monastic tradition belonging to the lineage of Sri Kalyani Yogashrama Sanstha.

Bhante Pasadika is also a scholar, having obtained higher academic qualifications from the University of Colombo, The University of Sri Jayewardenepura, the Pali and Buddhist University, and the University of Kelaniya Sri Lanka. The Thero completed his advanced meditation training at the famous Na Uyana Forest Monastery and a few other forest monasteries in Sri Lanka, Thailand, and Myanmar.

After Completing education and meditation training, in 2012, Bhante started teaching Buddhist philosophy and meditation practices. As a meditation teacher, he has traveled extensively teaching Dhamma and meditation practices to various groups in several countries, including Europe (Netherlands, Sweeden, Norway, France, Germany); Asia (Malaysia, Singapore, India, Thailand, Nepal, Cambodia); and Australia Moreover he is multilingual and fluent in languages such as Sinhala, English, Pali and Hindi.

In addition to the current role as the Chief meditation teacher at Dhamsuwa Meditation Centre in Melbourne, Australia, since 2016, he is an advisor to meditation circles in France, Netherlands and Sri Lanka. Also, Bhante Pasadika is an advisor to Malaysian Meditation Association. A wide range of communities identified Bhante Pasadika as a well-versed leader, followed by a wider audience of disciples throughout Australia and abroad.